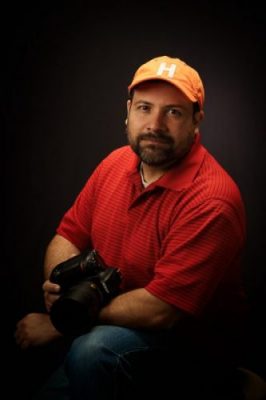 When Carlos was about 14, 45 years ago, his dad, (Carlos Sr.), had many cameras and this created a bonding opportunity for father and son. Carlos Sr. lectured on composition, lighting, camera controls and everything else. Back as a teen in Guadalajara, Mexico, they would spend hours in a local forest called, Colomos, and in fact, Carlos Jr. is still inspired by this lovely setting as reflected in some of the images in the slide show that accompanies this bio.

And Carlos Jr., had something to shoot for since Carlos Sr. was an award-winning photographer who was published in the local newspapers. It is said that the son must exceed the successes of the father and when Carlos continued with his pursuit of photography he inevitably became published in National Geographic Traveler, which would have brought great pride to dad who had unfortunately passed away by that point. Carlos Jr. is also the main featured photographer in a highly respected coffee table photo book, “Estilo Zihuatanejo,” a tribute to a special region of Mexico which faces the Pacific Ocean.

Just as Carlos Sr. was passionate about teaching photography, so too is Carlos Jr. who teaches to this day, dating back to his relocation to Toronto, where he has lived with his wife and 2 children, since 1998. Carlos is known and admired throughout the Ontario Province for leading group workshops on location as well as studio sessions. He also teaches private workshops and continues to exhibit his work, for which he has developed an impressive following.

Carlos’ work can be found in private collections such as Getty Images, the La Quinta de Don Andres Hotel and 500px Licensing contributor. The work has been used in marketing brochures but also add beauty to office walls in many locations.

Call Digital Photo Academy at 1 877 372 2231. Lots of people seem to hang up if our welcome recording comes on instead of a live voice, but we promise to return your message within a day or two if you leave one with your name and number.  It would be even better if you included your email address as well as the date and city of the class you are considering.  If leaving a voice mail message is not your thing, please email us at DPAbooking@digitalphotoacademy.com.